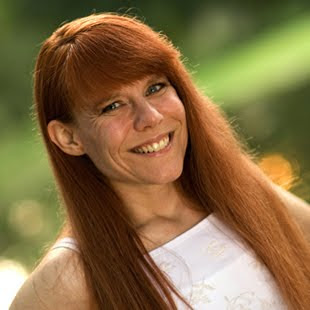 Today, it is my privilege to welcome L. Diane Wolfe to Pudgy Penguin Perusals. Ms. Wolfe is definitely an author whose glass is always half full!
Her writings are positive and inspirational. Enjoy the guest post.

Abuse and Self Image: James’s Story

When I first began designing James, the main character in Book III of The Circle of Friends, child abuse was in the forefront of the news. As a foster parent, I understood the scope of this problem and witnessed its effects firsthand. Since my series is uplifting in nature, I decided not to explore the darkest aspects, but instead focused on the effects of abuse and the role it played in my character’s behavior and self-esteem.

During my time as foster parent, I quickly realized how little was required to damage a child’s self-image. Even kids in a well-adjusted family suffer from fragile and broken egos. Compound the problem with abuse and the self-esteem dips even lower into the negative.

My character endured some physical abuse, but most of James’s trauma stemmed from neglect and mental mistreatment. This had a profound effect on his development as a person. And to bring more meaning to his inner struggles, I will let James tell his own story…

“How did abuse affect my life? Where did my self-image’s downward spiral begin?

“I was already on shaky ground by age six, but that’s when I experienced the biggest blow. My father sometimes hit my mother, and I guess she finally had enough. Without warning, she left him – and me. Once I realized she wasn’t coming back, a sense of abandonment settled on my heart. I thought my mother loved me. Why would she leave me behind with a father prone to violent outbursts? I concluded that I just didn’t matter enough. I felt worthless and scarcely human. My mother had discarded me as if I were only a material possession; a broken toy nobody wanted.

“Those feelings of abandonment followed me into my teens. Every person who drew close to me became suspect. Would that person suddenly ditch me as well? This did not resonate as strong with male friends as it did with girls, though. I really wanted a girlfriend, but I felt terrified she would discard me just like my mother. My feelings of inadequacy continued to choke my spirit, and I did not want to add yet another layer of rejection. I withdrew from the opposite sex and merely watched as relationships developed around me. As a result of my actions, I grew even more depressed, almost to the point of bitterness, that I could not participate.

“Without a mother, I turned to my father for comfort and support. Unfortunately, he was incapable of nurturing a young boy and what words he offered were anything but positive. I desperately needed someone to fill the void left by my absent mother and craved love and affection. My requests for attention were met with cold indifference, though. Occasionally my father responded with anger, but it was not the fury that hurt as much as the neglect. Apparently, my father did not care for me either, and my understanding of love grew muddled. I felt myself slip even further into the pit of uselessness.

“Since my father and I did not interact often, my social skills were severely lacking. I simply did not know how to interact with others. Aware of my inadequacies, I tried to avoid contact rather than experience further embarrassment. Sometimes the other kids would make fun of me, and initially I’d tolerate the teasing. After a while, though, I’d respond in the only manner I knew – with anger. I lost most of those fights, but victory tended to feel shallow as well…

“Believing that I’d somehow disappointed my mother, I tried desperately to please my father. I worked hard at school, determined to excel and prove my worth. Good grades meant little to my father, though. A former Marine, he seemed more concerned that I grow tough and strong. He’d take me hunting and fishing, forcing me to participate in numerous wilderness activities that he claimed were the sport of real men. I so wanted his approval, but I performed poorly in those activities, and my father never expressed desire to understand my interests. I harder I tried, the more I failed. I felt trapped and unable to win his acceptance.

“I guess something good did come of it all. I learned to focus my energy constructively. I worked hard at school, and while my perfect grades did not impress my father, they did please my teachers. Entering the workforce at age fourteen, I soon realized the benefit of long hours. Not only did it get me out of the house, it placed money in my pocket. I began saving for a car, which represented freedom to me. Depending on the time of year, I often worked two and three jobs. One might say I became an over-achiever in the areas of work and school, but it filled the void in my life and suppressed the pain I felt. It also gave me a sense of purpose, something I’d never before experienced.

“And ultimately, I credit my closest friends and a wonderful stepmother for preventing me from succumbing to despair. They provided me with an outlet for my frustrations, encouraging me at every opportunity, and limited my self-abuse to just overwork. I didn’t realize how far in the negative my self-image resided until they began filling me with positive. It’s been a long, slow process, but I’ve made some improvements.

“How did the abuse affect my life and where am I now? I struggle with depression and often withdraw from the world when I hurt. I’m still socially challenged and don’t have a clue how to cultivate a relationship with a girl. When things don’t go my way, I grow angry, and the rage sometimes consumes me. After witnessing my father’s outbursts, though, I try desperately to control the fury. I’m terrified I will lash out at others as my father did with me.
“My only hope now resides in a college scholarship; a result of my hard work and dedication. I want to be a better person. I want my life to have purpose and meaning… ”

Known as “Spunk On A Stick,” to her fans, the author is a member of the National Speakers Association. Her young adult series, The Circle of Friends, features morally grounded, positive stories that appeal to both teens and concerned parents. “Overcoming Obstacles With SPUNK! The Keys to Leadership & Goal-Setting”, ties all of Wolfe’s goal-setting and leadership seminar’s information together into one complete, enthusiastic package. Ten years associating with a motivation training system and her experience as a foster parent gave her the in-depth knowledge of relationships, personality traits and success principals. Wolfe travels the East Coast extensively for media interviews and speaking engagements, averaging over one hundred appearances each year. She maintains a dozen websites & blogs, manages an online writer’s group, and contribute articles for several other sites. 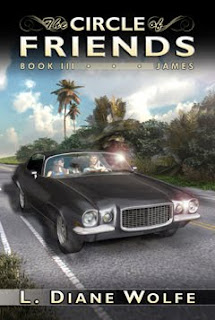