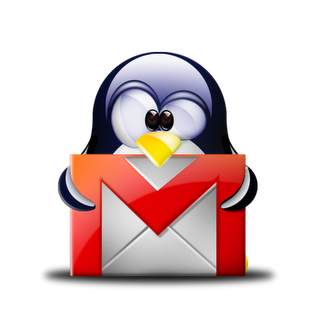 In her beloved New York Times bestsellers Snow Flower and the Secret Fan, Peony in Love, and, most recently, Shanghai Girls, Lisa See has brilliantly illuminated the potent bonds of mother love, romantic love, and love of country. Now, in her most powerful novel yet, she returns to these timeless themes, continuing the story of sisters Pearl and May from Shanghai Girls, and Pearl’s strong-willed nineteen-year-old daughter, Joy.

Reeling from newly uncovered family secrets, and anger at her mother and aunt for keeping them from her, Joy runs away to Shanghai in early 1957 to find her birth father—the artist Z.G. Li, with whom both May and Pearl were once in love. Dazzled by him, and blinded by idealism and defiance, Joy throws herself into the New Society of Red China, heedless of the dangers in the communist regime.

Devastated by Joy’s flight and terrified for her safety, Pearl is determined to save her daughter, no matter the personal cost. From the crowded city to remote villages, Pearl confronts old demons and almost insurmountable challenges as she follows Joy, hoping for reconciliation. Yet even as Joy’s and Pearl’s separate journeys converge, one of the most tragic episodes in China’s history threatens their very lives.

Acclaimed for her richly drawn characters and vivid storytelling, Lisa See once again renders a family challenged by tragedy and time, yet ultimately united by the resilience of love.

Secret Daughter by Shilpi Somaya Gowda was received from SA/William Morrow
From Goodreads:

On the eve of the monsoons, in a remote Indian village, Kavita gives birth to a baby girl. But in a culture that favors sons, the only way for Kavita to save her newborn daughter's life is to give her away. It is a decision that will haunt her and her husband for the rest of their lives, even after the arrival of their cherished son.
Halfway around the globe, Somer, an American doctor, decides to adopt a child after making the wrenching discovery that she will never have one of her own. When she and her husband, Krishnan, see a photo of the baby with the gold-flecked eyes from a Mumbai orphanage, they are overwhelmed with emotion. Somer knows life will change with the adoption but is convinced that the love they already feel will overcome all obstacles.
Interweaving the stories of Kavita, Somer, and the child that binds both of their destinies, Secret Daughter poignantly explores the emotional terrain of motherhood, loss, identity, and love, as witnessed through the lives of two families-one Indian, one American-and the child that indelibly connects them.

﻿
﻿ Mr. Funny Pants by Michael Showalter was a win from Kim at D.C. Metroreader.
From Goodreads:
﻿﻿ ﻿﻿﻿﻿
Michael Showalter is the Princeton-born son of two venerable scholars, but he apparently refused to follow his parents' professorial footsteps as a literary historian or a critical theorist. Instead, he turned to improv and composing comedy video shorts for Jon Stewart and MTV. His Mr. Funny Pants qualifies as a brainy comic memoir that veers from the whimsical to the satirical to the playfully observant. Button-down and buoyant, sassy and smart, this hysterical self-exposure helps explain why Showalter has become a internet cult favorite.
Hardcover, 288 pages﻿﻿
﻿﻿ Published February 24th 2011 by Grand Central Publishing ISBN: 0446542105 (ISBN13: 9780446542104)
Posted by Kaye at 7:11 PM